Originally founded as Heaven’s Mothers of Multiples in 1971, North County Mothers of Multiples (NCMoMs) is a 501(c)(3) non-profit organization offering informational, recreational and support services to parents and families of multiple birth children. Our general meetings are held from 7:00 pm to 9:00 pm on the third Tuesday of every month (locations will be announced). Each meeting typically includes either a guest speaker sharing pertinent child development information or an opportunity to socialize with other members (sometimes both). Other club activities include an expectant and new member support program, playgroups of all ages, a lending library of books/equipment, members-only buy and sell group, and both family and adult events throughout the year.

Mission Statement
The mission of North County Mothers of Multiples is to enrich the lives of families with multiple birth children within our local community. We are a diverse group of parents of multiples who have come together to form a volunteer-led, non-profit, non-sectarian, and non-commercial organization that provides education, support, philanthropic activities, social events, and networking opportunities. 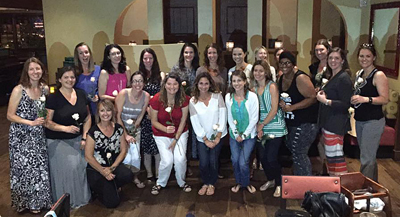 Both SCMOMC and NOMOTC/MOA offer many benefits to our members including websites with members-only access to helpful information, scholarships, surveys, and multiples-related research. These organizations also offer and fun and educational conventions where members can meet other families of multiples state and nationwide.